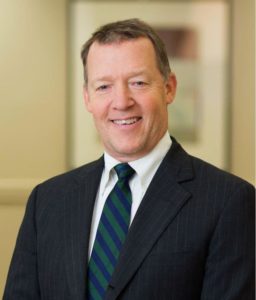 Waco federal court has only one judge—Judge Alan D. Albright. He is capable, fair, and practical. Judge Albright describes himself as a lawyer-friendly judge. His goal is to provide a place where every party knows that they have had their day in court with an opportunity to present their case fairly, efficiently, and most cost-effectively. He is open to suggestions about alternative proceedings and schedules that may depart from his default procedures and schedules.

Judge Albright is commuting from his current city of Austin to Waco. Because of that, he finds it helpful for lawyers to submit an audio version of the brief. He prefers that you not speak out the case citations during those audio recordings. Instead, say “see case.” He will have read all the written documents and authorities. Judge Albright is a voracious reader.

Send a copy of your briefs in Microsoft Word format to Judge Albright’s law clerk, as he finds it useful to cut and paste specific passages of your filings.

Judge Albright invites discovery disputes. He is a common-sense judge. If something is necessary for your case, you will likely get it. You can call his chambers together with opposing counsel, and he will settle the dispute. But as with any judge, he does not want to hear about petty bickering between the lawyers. So only call when necessary.

Judge Albright limits discovery before the Markman. This goal is to limit costs while the parties wait to get their claim construction. If discovery is not limited pre-Markman, the parties can spend millions of dollars on discovery that will not affect the trial. This makes the parties focus on the trial.

Judge Albright does not have a time limit, but he has never seen a case that needed more than one-half of a day for a Markman hearing. So you should expect about that long for the hearing. During the argument, Judge Albright wants to hear arguments from both sides as to each disputed claim term before moving to the next term. Bring a physical copy of the patent at issue, as occasionally issues arise that make it difficult to view a digital version. Also, please bring a simple list of the claim terms that are at issue. Judge Albright does not want to hear the parties repeatedly arguing the same points over and over. Once the point is made, it does not need to be made again. Do not grab defeat from the jaws of victory.

Cases are not stayed during Inter Partes Review (“IPR”)

Waco Federal Court does not stay litigation pending IPR. An IPR is an opportunity for USPTO judges with technical expertise on the Patent Trial and Appeal Board to cancel specific claims of a patent because of invalidity due to prior art. to An IPR can slow down the litigation process for years. The key to a successful IPR petition lies in good prior art, which results from an early and significant investment in thorough prior art searching. By avoiding a stay during this process, the Waco federal court has earned a reputation of the “rocket docket.”

Amendment of infringement and invalidity contentions

Judge Albright provides for the parties to amend their infringement and invalidity contentions until several weeks post-Markman. The judge will allow the jury to hear about the amendment and timing.

Tutorials in the Waco Division of the Western District of Texas

Although tutorials are not required, they are helpful for Judge Albright. Structure it in a way that explains what problem an embodiment of the claimed invention solves and how it does it. Tutorials are not on the record.

Judge Alan D. Albright was a federal magistrate judge and Austin intellectual property attorney before being appointed by President Trump and approved by the US Senate in 2018. Judge Albright was a partner with the Bracewell law firm in Austin. He was born in Hershey, Pennsylvania, but moved to San Antonio when he was five, where he grew up. He is a graduate of Trinity University and the University of Texas Law School. Judge Albright likes to run and bike. He has completed 26 marathons. Judge Albright prides himself on being very down to earth. Upon his appointment, Judge Albright said that “I guess I am going to be a federal judge, but I would hope that under no circumstances would anyone be able to guess that by the way I’m acting.”